Some of the best memories of my early years in school was reading period. It was usually the last period of the day, and the whole class would sit in a corner of the classroom, next to the bookshelves. Our teacher would sit on a chair in front of us, select a book, and read it aloud to us. She would usually finish a book in a week or two, depending on how thick it was.

My favourites were inevitably the ones by Roald Dahl.

I loved listening to The BFG, George’s Marvellous Medicine, James and the Giant Peach, The Witches, and all of Dahl’s other books. It helped that my teacher was a wonderful narrator, and read the books in a way that made the story come alive, without looking or sounding ridiculous.

Since then, reading for me has been mostly of the silent kind – until recently, when I discovered audiobooks.

I admit I’m a bit late to the game, as audiobooks have been around for a while now. But better late than never, as they say.

I started with a sample of Kathryn Stockett’s The Help, liked what I heard, bought the entire book, and before I knew it, I’d gone through five audiobooks in two months. On the tram, on the train, running errands, morning jog – perfect opportunities for me to listen to a good book!

There are side effects, though. While listening to David Sedaris’ Dress Your Family in Corduroy and Denim and Let’s Explore Diabetes With Owls on the tram, I’m pretty sure I looked like a woman who’d lost her marbles, snickering and laughing alone. Michael Pollan’s Cooked had me frowning and furrowing my eyebrows, as if I were saddled with the weight of the world’s problems. And I’m pretty sure I looked as if I were about to burst into tears as I was listening to The Help.

It’s a good way to get a double seat all to myself, though. Nobody wants to sit next to a crazy woman staring out the window and laughing to herself muahahahahaha.

Despite all that, there is one thing I’ve learnt: I spend a lot of time on the tram. I’d never realised it before, as Basel is a small town and it only takes 17 minutes to get to town. 11 minutes if I’m just going to the supermarket. The cumulative length of the five audiobooks I’ve listened to so far?

If that’s the amount of time I’ve spent commuting in small little Swiss canton over the past two months, imagine how much time I’ve wasted stuck in traffic jams, back in KL!

I wish I had audiobooks then. 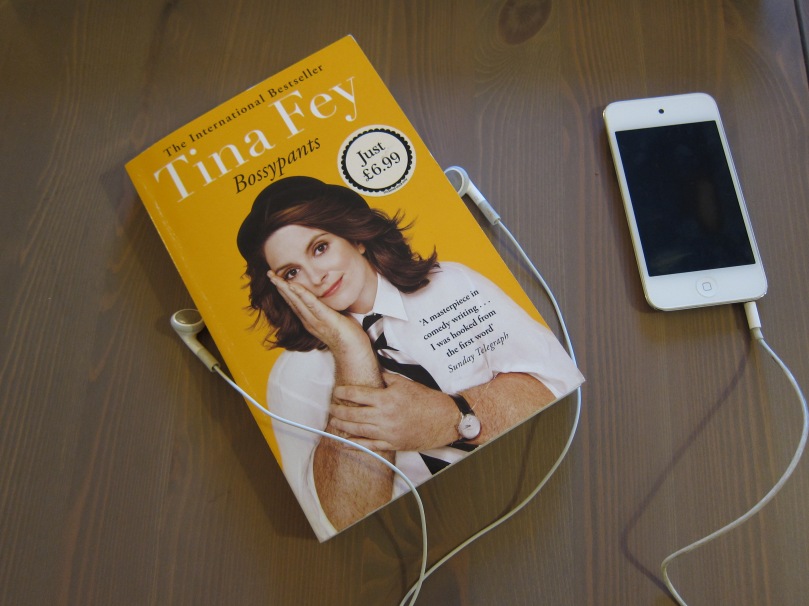 Side effects include laughter-induced hyperventilation.