I’ve been listening to the audiobook version of Jim Gaffigan’s Food: A Love Story over the past week or so. My verdict so far? It’s hilarious. I keep having to stop myself from laughing out loud on the tram.

A few of my favourite bits so far…

On his “tolerance” for sushi:

Sushi is a Japanese thing. Don’t trust a non-Japanese person as a sushi chef. Nobody believes in racial profiling. Until they get a red-haired sushi chef with a Southern accent. The Japanese have done so many impressive things with art, technology, and science, that we all assume that sushi was some brilliant achievement. In reality it was probably that some Japanese chef didn’t pay his electric bill.

(…)There’s some sushi I would never eat. Like the salmon roll. The flourescent fish eggs in the seaweed bucket thing. Roe is just a capsule of fish concentrate. Those Icelanders would love it.

(…) I don’t know how you could eat salmon roll, after you’ve seen the opening scene to the film Finding Nemo. The eggs are even orange, like Nemo’s mum and siblings.

On his love for meat:

I don’t like to think of myself as the type of person who would be mean to animals. I love animals. I’ve never looked at a cow and thought, “I wanna eat that.” But once that cow has been slaughtered, drained of all its blood, chopped up and put on a grill, I do get hungry for some cow. I guess I love animals, but I enjoy eating them more. My motto is, “Fun to pet, better to chew.” 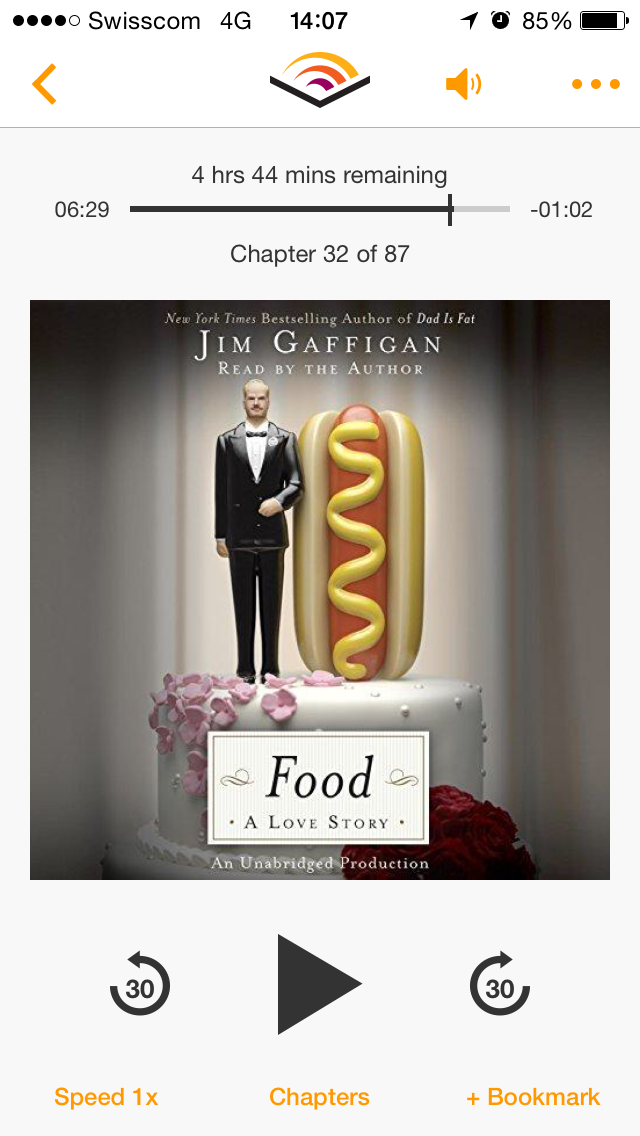